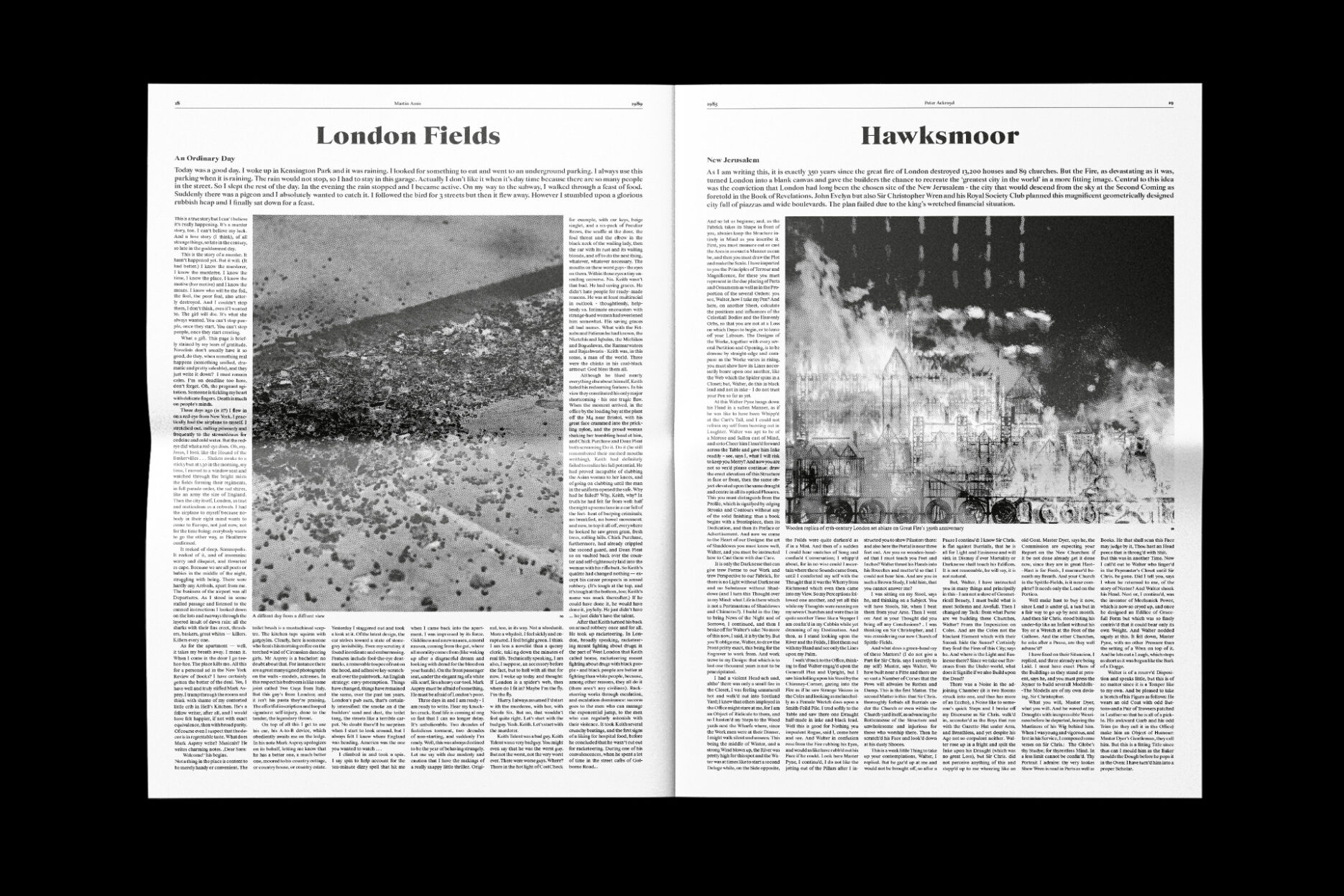 LONDON WE READ YOU

24 members of the Fachklasse Grafik Lucerne studied one novel each in which London, almost as a character in itself, played an integral role. Finally, it was the task of the students to turn their London experiences into five short texts and five examples of design work. All 120 contributions were collected during the second part of the project in a layout workshop in Lucerne. During this project, Jordi came up with the idea of creating and designing a newspaper. He was inspired by old newspapers from the 70s. Especially when it came to layout, design, format and image screening.